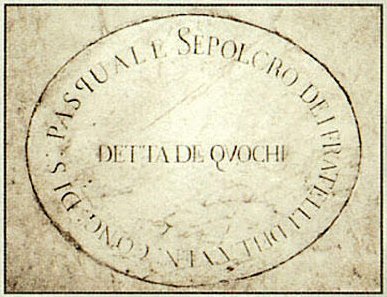 The Venerabile Compagnia dei Quochi (literally: The Venerable Company of Cooks) is dedicated to San Pasquale Baylon, the world’s patron saint of cooks. Since 1500, it has conducted in Florence a commendable and intense activity of spiritual, cultural and social promotion, first at the Church of San Salvatore in Ognissanti and later at the Church of Santa Margherita dei Cerchi.

In 2019 this ancient and glorious confraternity has been officialised into an association in line with current standards.

Among its main objectives there is the special study of the historical sources to explain the origin of the Venerabile Compagnia and more in general the study and safeguarding of our traditional food culture.

In more modern times, the objectives have expanded, in tune with the changes in and needs of society, to include the safeguarding of the Italian food and wine heritage, the culture of healthy eating and the fight against food waste.

There is a semi-hidden tombstone in the small church of Santa Margherita dei Cerchi in Florence, known to many and especially to many young people couples looking for romance like Dante and Beatrice’s church.

A tombstone invisible to those who don’t know its existence, dedicated to the brothers of the Venerabile Compagnia dei Quochi. A resounding name, also for the original letter Q which refers directly to the time of its foundation, that is the Florentin ‘500. They were still good years for the city, despite the passing of Lorenzo il Magnifico.

And here were found artists, men of letters, but also scientists of the time. It was born precisely from a small cenacle formed by some of the Compagnia, as a sense of belonging to a community that loved to discuss about art and philosophy, culture in the presence of a good food. They used to meet at the table, at least it is said, to propose everyone their own recipe. Besides, we know that some of them were passionate about cooking, as was Leonardo da Vinci himself.

Among them there was also a certain Mariotto Albertinelli, an artist grew up in the workshop of Cosimo Rosselli, who in his maturity gave the passion for gastronomy by even opening, as Vasari recalls, a tavern outside the door of San Gallo and another tavern on the Ponte Vecchio al Drago.

Perhaps it was here that the Brotherhood began to meet, to marry the art of cooking, which fed on life, to those other more noble, but according to Bertinelli, life only imitated it. Born laic, Venerabile Compagnia dei Quochi then found as protector and tutelary deity St. Pasquale Bayon, considered the universal protector of cooks. So much so that in the church in which he survives an image of the saint, St. Salvatore in Ognissanti, is a reference. Two centuries later, in 1764, it corresponds to a bull of the bishop of Florence, which attributes to the Compagnia the use of Dante’s church, where the tomb is hidden. 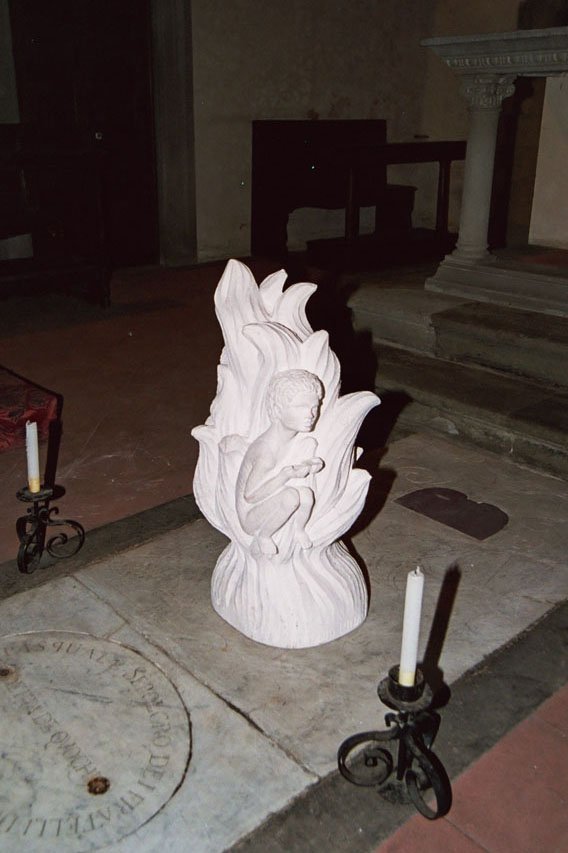 A fascinating story then, which tells us of a tradition that has gone on for a long time, several times in time suspended and then resumed, in which almost by chance he comes across Angelo Mazzi, a cook by profession but also passionate about history and culture, who decides to do more research. Until we get to what is the last document rediscovered so far, a will of 1808 in which a Baroness widowed, granted on loan for use her palace to guard the Compagnia’s official banner. Banner then lost. Nothing’s been heard from since. But in 2003 it was Angelo Mazzi himself who decided with a group of friends: artists, men of

letters, but also men of science and history, to revive the Venerabile Compagnia dei Quochi, which takes life and soul in 2019.

The objective if possible would be the original one: to promote the gastronomic tradition, in a magical circle, in which the artistic and cultural aspects are inserted, but also the more modern ones related to the science of food and the healthy eating.

Meanwhile, historical research continues, also in order to understand who was part of that primeval cenacle, which artists used to find themselves around a table to converse with each other, but without forgetting that the Compagnia also had a precept that of help the humble, in short, do charity. 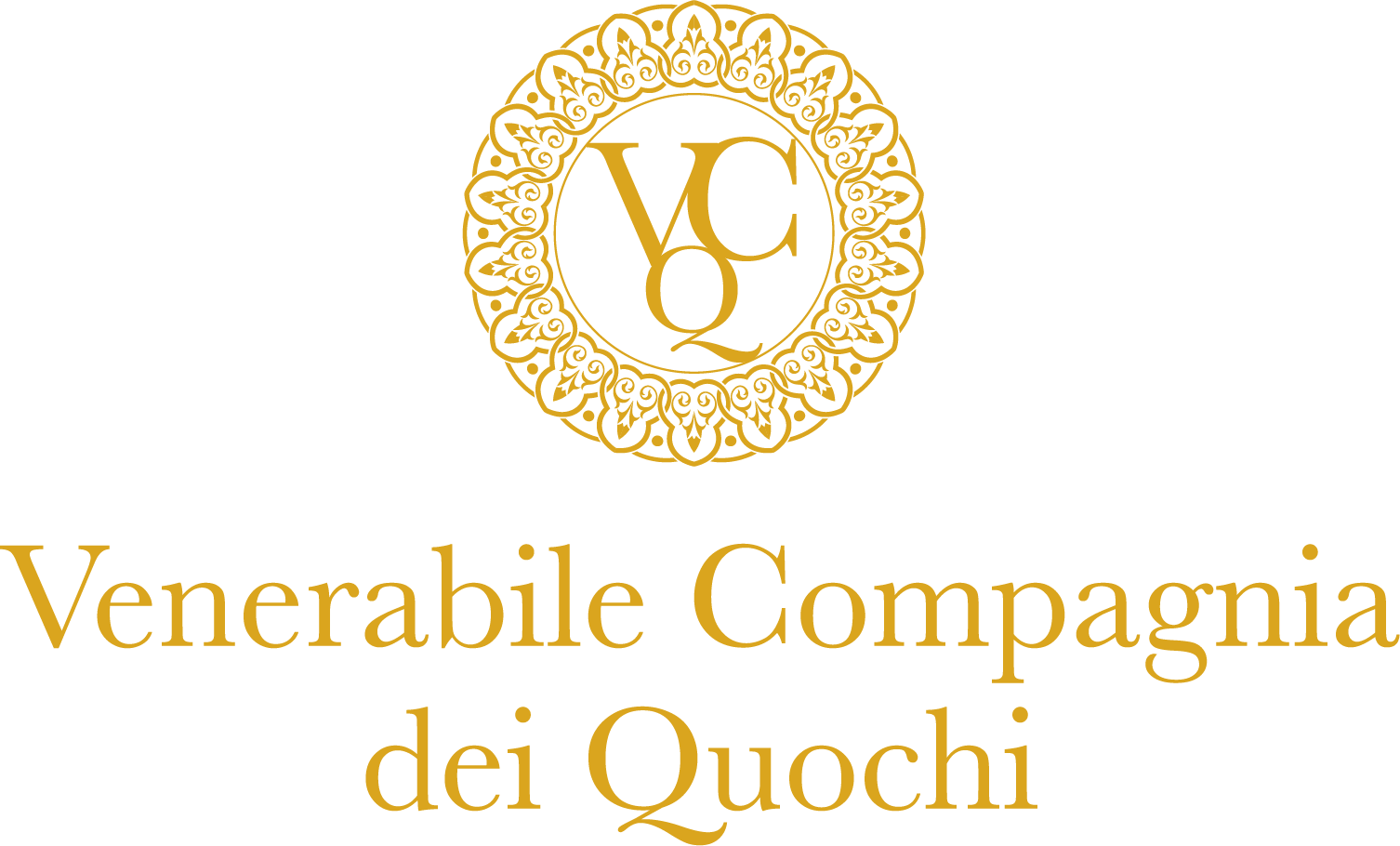 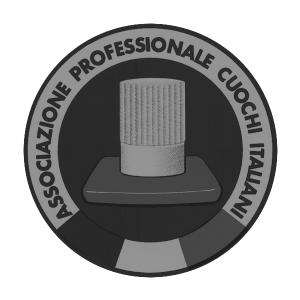